The final and decisive week of the Women’s World Cup began in Amsterdam and Terraza. The Orange girls are back in action on Tuesday. At 7.30pm Gemillon Mulders will play Belgium in the semi-finals. This quarter final can be seen on channel 14 of Ziggo Sport, free for subscribers and Ziggo Sport Select.

Coverage of the clash with Belgium starts at 6.50pm and is presented by Jan van Vliet. Former internationals Kim Lammers and Dean De Nooyger analyze the match. Van Vliet and Lammers also provide a commentary on Netherlands-Belgium.

As before during the group matches, Gerben Engelen walks through the Wagener Stadium as a flying reporter. He gives a sense of the atmosphere and interviews former internationals and other top athletes. Immediately, Engelen also gets the first player or coach for a flash interview. Van Vliet then analyzes the competition in the studio with the other protagonists.

Apart from Netherlands-Belgium, Zigo Sport also broadcasts other matches of the quarter-finals live. On Tuesday, New Zealand play Germany at 5pm. The fight can be followed via Channel 14, Zico Select and Zico Talk. On Wednesday, Australia-Spain (7:00 PM) and Argentina-England (9:30 PM) live on Ziggo Select and Channel 14.

Charlotte Engelbert congratulated for scoring against Chile at the World Cup in Amsterdam. Photo: Willem Verns

If you are not a Ziggo subscriber, you need a Ziggo Sport Totaal subscription. You can also order this if you have another provider. Matches can also be watched on mobile devices with Zigo Go app.

Not only Zigo Sport, but NOS is also paying attention to Orange. The title holder’s summaries were commented by Philip Cook and broadcast the same evening on NPO1 and can be viewed online at nos.nl.

If you don’t want to miss anything, follow hockey.nl this week. We will be at Wagener Stadium with the full editorial team and reporting on all the matches played from the semi-finals on the Terrace. 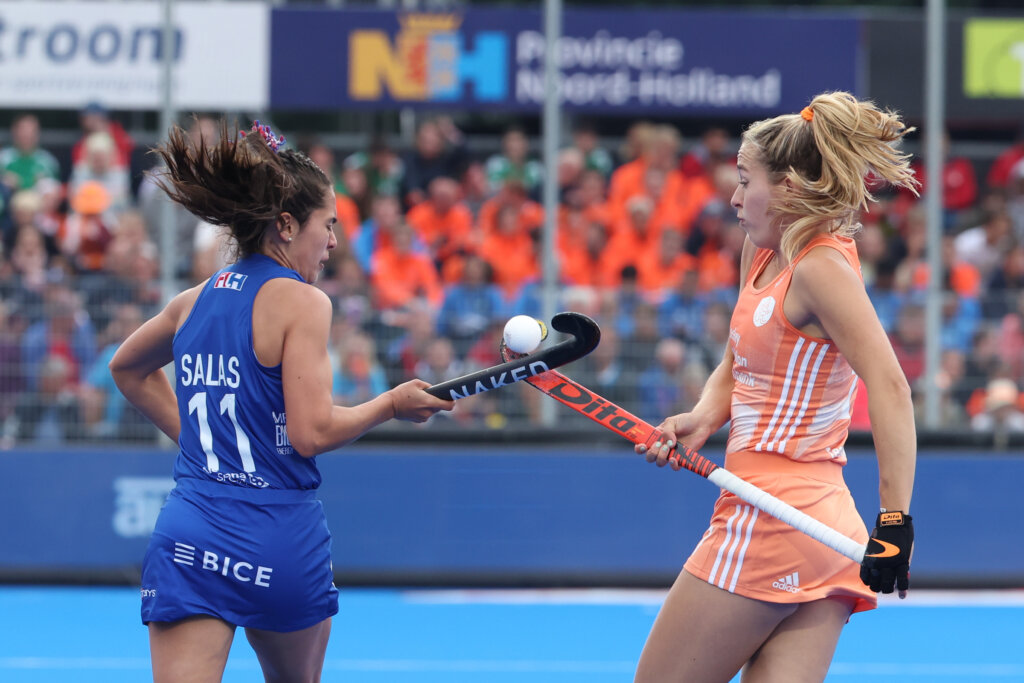 Josefa Salas and Renee van Laerhoven during the World Cup match between the Netherlands and Chile in Amsterdam. Photo: Willem Verns

Emphasis is placed on the fights of orange women. We’ll keep you updated on the most important developments with a live blog at every match. After that, you will immediately see a match report and we will interview the protagonists in front of the camera and in text. Zigo’s summary can also be found on hockey.nl.

Apart from the site and app, our social media channels are also fully dedicated to the World Cup. For example, on hockey.nl’s Instagram account you can see the best actions and goals from other competitions.

Are you a fan of Orange Girls then follow it OranjeHockey’s Instagram account† From the team you experience the tension and emotions surrounding the matches up close. But we attend training sessions so you can see exactly what the Orange girls do on and off the field.

See also  Van der Worst is right from CAS in boxing soap: Presidential election should be over | Now