Not only is a smartphone’s battery life important, but the length of time that capacity remains available is important in the context of sustainability. Due to the ever-increasing charging capabilities, lithium batteries are increasingly being tested. That is why Oppo has equipped the Find X5 Pro with some new functions, so that the two 2500mAh batteries can be charged at 80W, but the battery also lasts for a long time.

The charging and discharging process of a lithium cell can be thought of as the movement of charged lithium particles between the positive and negative electrodes. Due to frequent overload or charging, sometimes these ions can no longer return to the anode. This inactivity results in reduced capacity.

Therefore, the goal is to avoid dead ions and retain as many active ions as possible, in order to maintain maximum capacity. The voltage on the anode is a good indicator and by observing this, the charging current can be adjusted to reduce the formation of inactive lithium ions.

The battery is monitored by the Battery Health Engine, which is based on two technologies and its own management chip. The Smart Battery Health algorithm tracks the voltage on the negative electrodes of the battery and dynamically adjusts the charging current.

So 80W SuperVOOC doesn’t mean there’s 80W constant charging, but maximum power is only provided when necessary. Depending on the charging status, charging is fast or slow. When the battery is nearly full, the charging is slowed down so as not to overcharge and to prevent overloading.

Battery healing technology consists of an improved electrolyte, which is the fluid in which electrons move. This medium ensures that the electrodes are constantly restored during charging and discharging. For this, a layer is formed consisting of interaction with a small amount of a polar solvent in the electrolyte. This solid electrolyte interface protects the electrodes from strong solvent, so that the conductivity remains better. 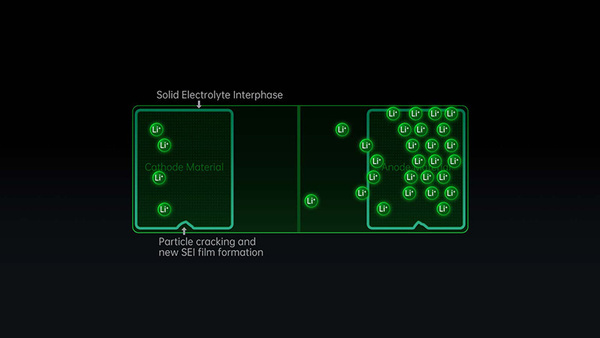 Together, according to Oppo, this results in a battery that still has 80 percent of its original capacity after 1,600 charge cycles. This will be twice the current values. 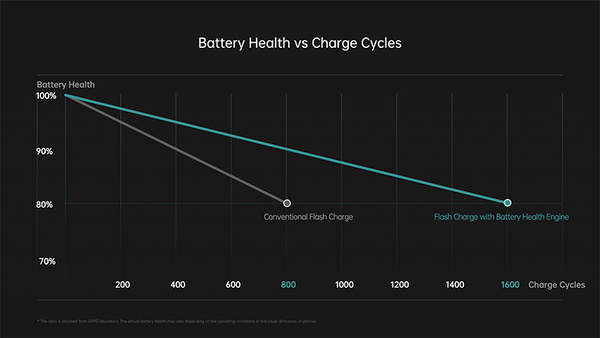 When charging at 80W, a lot of heat is released of course as well. Therefore, temperature management is required, in the form of hardware and software. Oppo uses multiple sensors to monitor the temperature of the battery and chipset. A steam room covering both parts distributes heat over a larger surface. Furthermore, heat is transferred to the conductive ceramic backing through two layers of graphite. 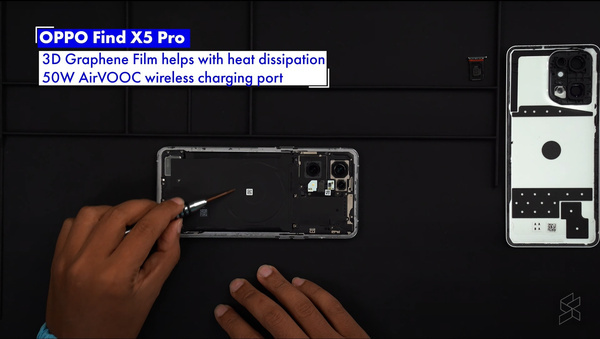 With the increasing demand for lithium cells for smartphones, laptops and even cars, this innovation is a good move to last longer with these batteries. It will be a few years before ultrafast aluminum-ion or plant-carbon batteries that cannot explode become commonplace.

WhatsApp: You will soon be able to hide from some people when you are online

Ubisoft will use games to tackle climate change

The butcher’s fight breaks out: Renman has to close three stores, and supermarket chains are frantically searching | member

Discover BVs in the Rock Werchter: Dieter Coppens, Lize Feryn and more famous faces can be found in the meadow