In conjunction with the Xperia 1 III and Xperia 10 III Sony also announced the Xperia 5 III. The Sony Xperia 5 m3 is a compact and advanced smartphone. The sleek and stylish smartphone is powered by the powerful Qualcomm Snapdragon 888, which contributes to a very fast and stable performance. The 6.1-inch smartphone is also equipped with a revamped camera system. Along with the simultaneously announced Xperia 1 III, it is the world’s first smartphone with a variable zoom lens, a Dual-PD sensor, and a 20fps burst mode.

The Xperia 5 Mark 3 has a 6.1-inch OLED display with Full HD + resolution and HDR support. Thanks to the high refresh rate of 120Hz, the screen provides an excellent viewing experience, and the white balance can also be adjusted. The addition of “240Hz Motion Blur Reduction” ensures that the screen is refreshed 240 times per second for crisp picture performance. A scanning speed of 240Hz ensures games run smoothly and provides a huge advantage over the competition.

Sony has also paid extra attention to the audio experience, as the front-facing stereo speakers allow you to fully immerse yourself in games or watching a movie. With the Xperia 5 III, you can enjoy High-Resolution Audio both wired (3.5mm connection) and wireless. 360 Spatial Sound and Dolby Atmos are also supported. Additionally, the stereo speakers are 40% louder than the previous model, Sony said in its press release.

The Xperia 5 III is equipped with Corning Gorilla Glass 6 on the back, and the screen is decorated with elegant mirror glass and a sturdy metal frame. For added peace of mind, the mobile phone also features IP65 / 68 water resistance and dust protection. Under the hood is the extremely powerful Qualcomm Snapdragon 888. This high-end processor with integrated 5G modem is backed by 8GB RAM and 128GB UFS memory. 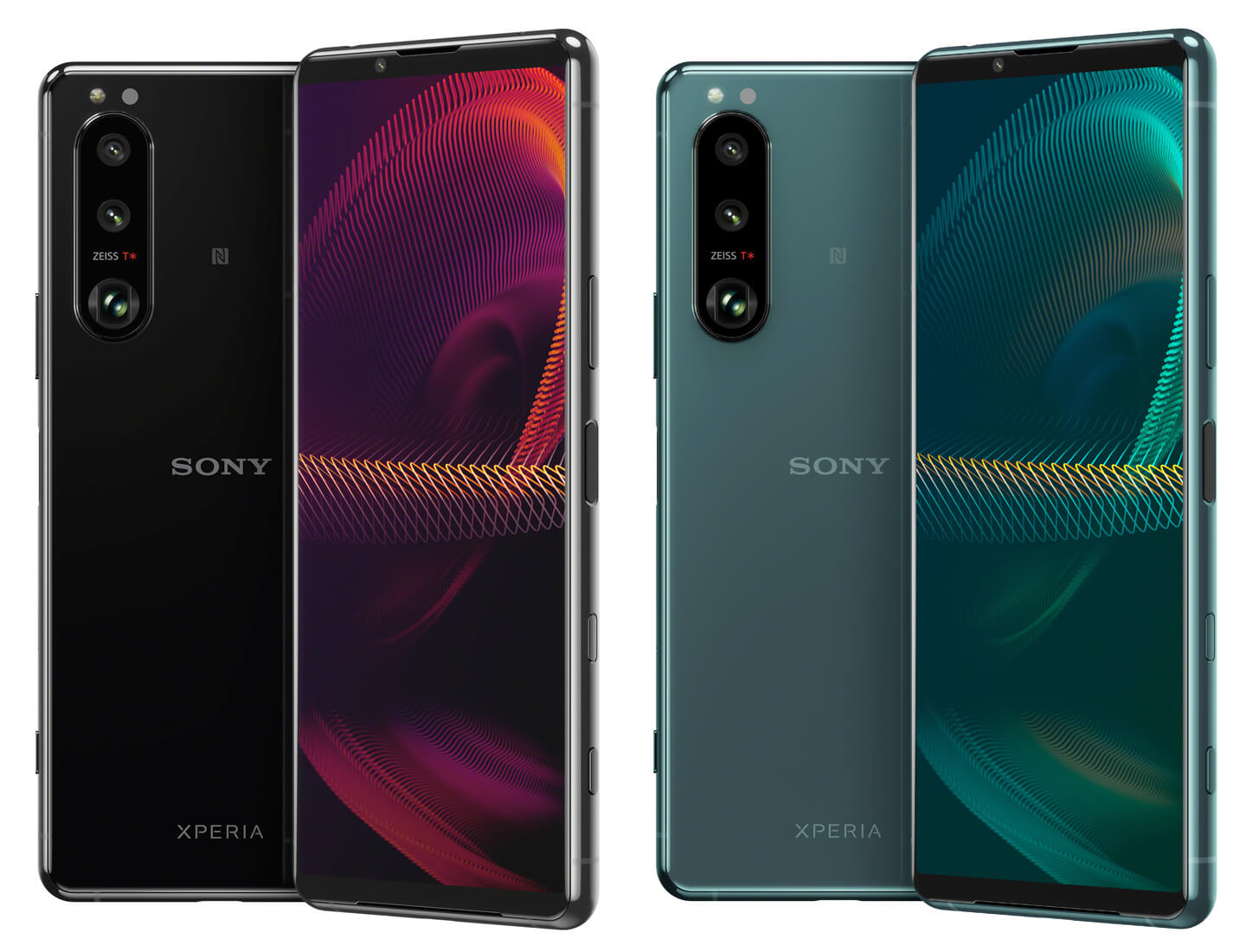 With the Xperia 5 III, Sony places more emphasis on camera performance. Naturally, the Japanese manufacturer knows how to use its knowledge in the field of image sensors and camera technologies excellently. The front camera is integrated into the narrow frame, and an 8-megapixel image sensor and f / 2.0 aperture are used. In addition, a triple camera is placed on the back, which consists of a 12MP ultra-wide angle lens and a telephoto lens.

An important new feature in the Xperia 5 III is the variable telephoto lens, along with the Dual PD sensor. This telephoto lens can reach a focal length of 105mm. An extremely fast autofocus system is also available thanks to the dual PDAF sensor. This allows the camera to focus in no time, and is ideal for shooting moving subjects. When switching between 70mm and 105mm, the focus can be easily adjusted to quickly capture object details.

Also new is the ability to capture burst shots at 20fps and with AF / AE tracking 60 times per second. The Xperia 5 III is also equipped with Object Tracking technology, so photographers can capture accurate shots of moving objects with a simple tap of the screen. This technology, called Real-time Eye AF, comes from the high price tag Sony system cameras.

The smartphone comes with the Sony Photography Pro app, which is based on Sony Alpha cameras technology. This photo app offers a similar user interface that Alpha photographers know. The app provides access to manual control options to adjust ISO, shutter speed, output to RAW, etc. With Imaging Edge for Mobile App, a smartphone can also be easily connected to Sony Alpha digital system cameras.

In addition to the mobile app for photography, Sony’s Cinematography Pro app is also pre-installed. The videos can be shot in 21: 9 4K HDR with 24/25/30/60 frames per second. The app is equipped with autofocus, manual metering, level, and improved white balance settings. This provides more manual control options, while the unique Smart Wind Filter technology reduces noise and interference from wind. 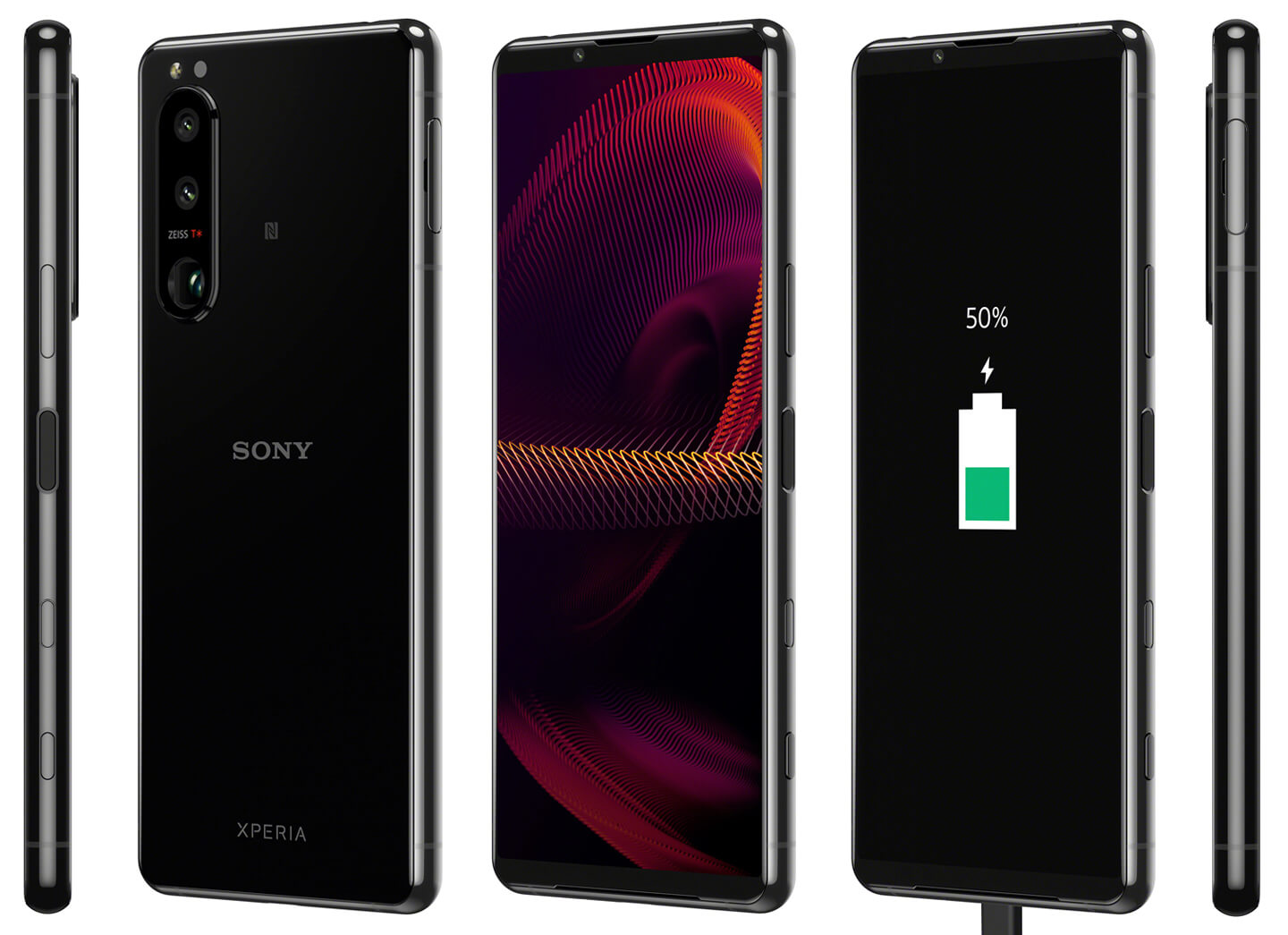 Equipped with a 30W fast charger and an anti-bacterial cover

Finally, Sony has also improved battery life. Sony Xperia 5 III contains 4,500 non-removable batteries. Thanks to the 30W fast charger, you can charge the phone 50% in just half an hour. Designed to be safely overheated, this new charger has been certified by supporting a Programmable Power Supply (PPS) to reduce the impact of heat.

Sony provides an anti-bacterial cover for Xperia 5 III as standard. Designed with durability in mind, the phone case has a built-in kickstand to support landscape mode for a comfortable viewing experience. The case is coated with an anti-bacterial material with a protection grade of 99.9%.

Sony Xperia 5 III will be available in the Benelux region in black and green starting this summer. The suggested retail price for this Android 11 smartphone will be announced at a later time.

With Mila Kunis in the Bathroom: “The Door Is Always Open”

People with dementia have a right to a case manager, but they don’t know it