VAB and Touring again warns of heavy traffic heading towards southern Europe. Smaller traffic can be expected from Friday afternoon, Saturday will be a red day with heavy traffic and long traffic jams in the south. Turing says that for the first time this summer, there will also be plenty of traffic on the way back.

Before departing passengers المسافر Those heading to France will already have an orange day on Friday, with smaller traffic jams here and there. Saturday will be a red day on the southern French roads. Traffic problems will start in the early morning and last until the late afternoon. 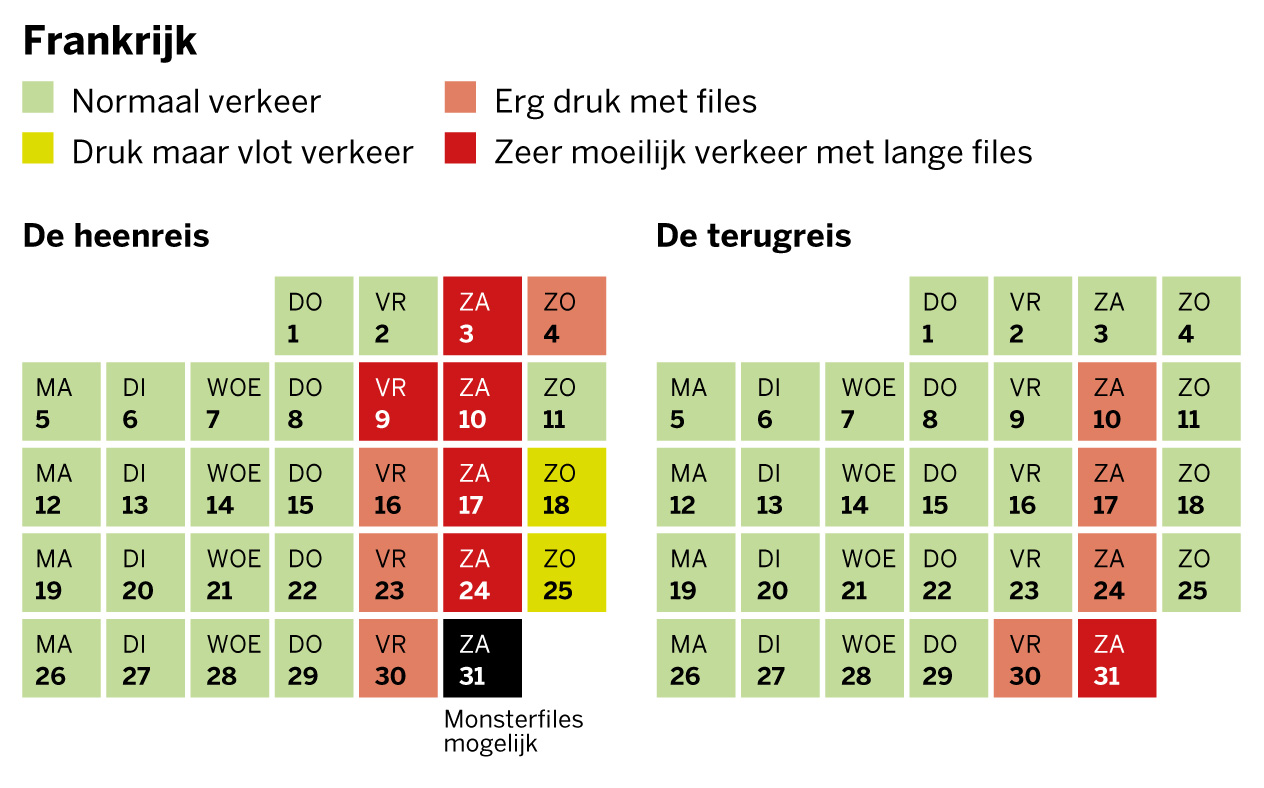 On most other European routes, travelers also have to take into account severe turbulence. Roads in Germany, Austria, Switzerland, Italy and Spain will turn red on Saturday. Traffic should be smoother on Friday and Sunday, with some small traffic jams here and there.

Before Return of travelers On Saturday, very difficult traffic with a long traffic jam is expected.

at Belgium Touring expects very busy traffic with traffic jams (in red) on Friday afternoon, evening and Saturday morning (departure) on the Brussels coast E40 and on the E411 Brussels-Luxembourg motorway. On Sunday evening, there is a risk of traffic jams inland, especially on the E40 Ostend-Brussels.

See also  6000 immigrants arrive in Spain on foot or swim from Morocco, and Spain pledges to restore order in the enclave in North Africa | abroad

Orange code raised across the country due to thunderstorms

‘Resolving the conflict did not suit some parties’