The battle pass, otherwise known as a season pass, is a new gaming monetization model that has been growing in popularity over the past few years. It is an example of a truly “post-freemium” monetization strategy, insofar as it successfully mitigates against some of the negative associations freemium games have accrued over the years. This poor opinion of the freemium model is more as a result of poor application of its principles, then it is a fundamental failing of the model. When a freemium game or product is implemented well, it strikes a balance between giving users free access to basic functionality, while incentivizing them to pay for the full product in order to be granted full use of the game or product’s services and features.

Where this breaks down is when a freemium product instead attempts to extract as much advertising revenue as possible from its users, on the oft cynical assumption that said user has no intention of paying for the full version. This is a double-bind, as a developer’s attempts to extract value from users by way of advertising directly impacts those prospective customers’ positive regard of the product and the developer’s practices, making them less likely to buy the full product. Value is then extracted from users in numerous ways that ultimately fail to serve either the developer or end-user. These take the form placing time limits on periods of use, as well as making users watch advertising material and participate in third party marketing surveys.

In lieu of this, battle passes are but one solution that has emerged from an industry scanning around for more authentic and fulfilling monetization strategies. In the world of iGaming, traditional promotional models experience continuing success, with platforms hosting offers on free spins and welcome bonuses on slots games as an invitational alternative to a pay wall. Elsewhere, free trials and open betas have been in the ascendancy, as in the case for EA’s recent release of dodge-ball multiplayer game, Knock-out City. This strategy frees players up to explore a new game and begin to invest time and energy into it without an initial upfront cost on the principle that when the trial ends, the player will be sufficiently involved in the game to want to pay for continued engagement with it.

In spite of the success of these alternatives, it is the battle pass that has distinguished itself as the most effective monetization model, at least within the type of games it can be readily applied. The battle pass originates from, and works best with, online battle royale arena games. The first of these to gain large-scale public traction was PlayerUnknown Battlegrounds, better known as PUBG. This game was built on a modified version of the popular online open world shooter DayZ, and now boasts 34 million individual registered accounts, with around 16 million daily players. While PUBG now has its own sophisticated battle pass model with numerous feature-sets, it was Epic Game’s immensely popular game  Fortnite that brought this model to mainstream attention. 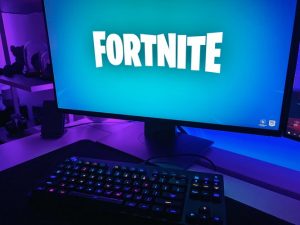 In Fortnite, players are permitted full access to the game’s core features free of charge. Buying a battle pass confers no intrinsic advantage to a player in terms of unlockable abilities or powers. The battle pass is a purely aesthetic phenomenon, built on microtransactions. In paying the upfront cost of a battle pass, which must be renewed each season (hence its other name, season pass), players are given access to the game’s comprehensive storefront full of custom skins, outfits and personalized animations. This means that revenue for the game is derived exclusively from players who are sufficiently invested in the community and experience of the game to want to customize their characters and signal to other players that they’re a fan of the title.

In addition to this, specific outfits and skins are only accessible to players at a certain skill-level, further incentivizing skilled players to spend money in the store in order to visually demonstrate their prowess, akin to military decorations. This model has netted Fortnite, an ostensibly free-to-play game, over $9 billion since its launch in 2017. Other developers, including Activision with their Call of Duty spin-off Warzone, and 343 Studio’s upcoming Xbox title Halo: Infinite, are similarly implementing this extremely lucrative and non-exploitative model in their multiplayer modes.

Identification of a new species of giant long-lived fossil penguin

Controversial Piers Morgan gets new show: ‘Actually, Megan has been great in my career’ | Famous