In the coming weeks we will be traveling to the most special exoplanets. Today: KOI-5Ab, an exoplanet in a system consisting of at least three stars.

From our solar system, we know no better than those planets orbiting a single star. So there was a lot of excitement when researchers discovered the planet Kepler-16b in 2011. The planet orbits not one star, but two. This immediately gave it the nickname Kepler-16b: Tatooine – Luke Skywalker’s fictional home world that also contains two suns.

three suns
But it can get even crazier, according to recent research, among other things. There are also exoplanets found in the triple star system. The almost overlooked KOI-5Ab is one of them.

rediscover
KOI-5Ab was the second candidate planet to discover the high-throughput planetary fighter Kepler. But when a planet hunter discovered one exciting exoplanet after another, KOI-5Ab was quickly forgotten and its existence was never confirmed. Until last year. The KOI-5Ab appeared again in data from the TESS space telescope. And now the researchers decided not to let it go. The existence of the planet was confirmed with the help of telescopes on Earth.

More than KOI-5Ab
KOI-5Ab is about half the mass of Saturn and takes five days to complete an orbit around the star KOI-5A. This star has a close companion: KOI-5B. It takes the two stars about 30 years to orbit each other. Then there’s a third star – KOI-5C – that takes about 400 years to complete one orbit around KOI-5A and -B.

Roerig
The orbital plane of KOI-5Ab shows that life in such a triple star system can be very turbulent. This is not on par with KOI-5B’s orbital plane. And this is quite strange, because it is believed that the stars and planets originated from the same disk of gas and dust. The researchers believe that KOI-5Ab’s slightly anomalous orbit could be explained by KOI-5B’s gravitational thrust while the planet was still forming. This would have also moved the planet closer to KOI-5A.

planets shape
KOI-5A is just one of hundreds of exoplanets found in binary or triple star systems. These exoplanets deserve a great deal of attention, because astronomers still aren’t sure how and when planets form in such star systems and how much they compare to exoplanets with a single parent star. “By studying KOI-5 in more detail, we may be able to gain a better understanding of how the universe made planets,” researcher David Ciardi said shortly after confirming the existence of KOI-5Ab.

GW Orionis
The recent discovery of a planet-forming disk in the triple star system GW Orionis has been of great value. This disk has been severely distorted by the system’s three stars, according to observations from the Very Large Telescope and the Atacama Large Millimeter/submillimeter Array. “Our images show an extreme case where the disc is not flat, but twisted, showing a ring that has detached from the disc,” said researcher Stefan Krause. “Planets that form within such an inclined ring will orbit the star in strongly tilted orbits, and we expect that in future searches for planets, for example using the ELT (Extremely Large Telescope, ed.) many planets will be in wide inclined orbits discovered.” 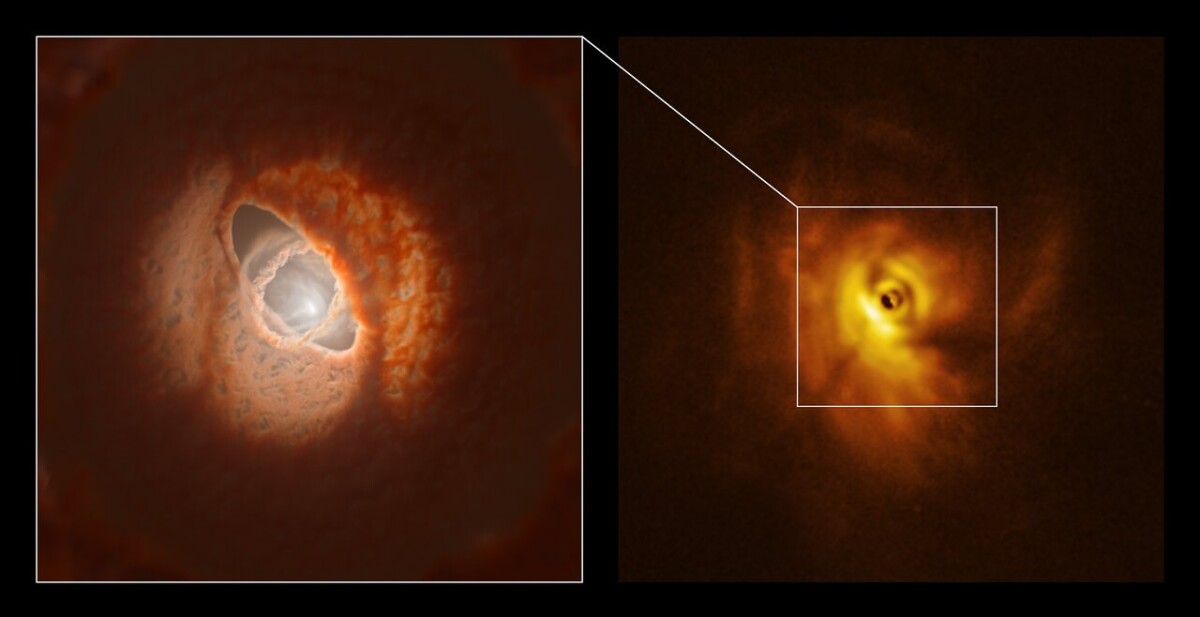 Because multiple star systems are not rare. Half of the stars in the sky are said to have one or more companions. And from what we’re seeing about GW Orionis, you might expect that there are still many exoplanets in extremely inclined orbits and far from their stars waiting to be discovered.

know more …
…about alien exoplanets? Read all about another weird guy here: Kepler-70B. An exoplanet is much warmer than our sun! Or dive into a story Kepler 36 bAn exoplanet is terrifyingly close to its neighbor.

Why today is an important day for Cardano (ADA)